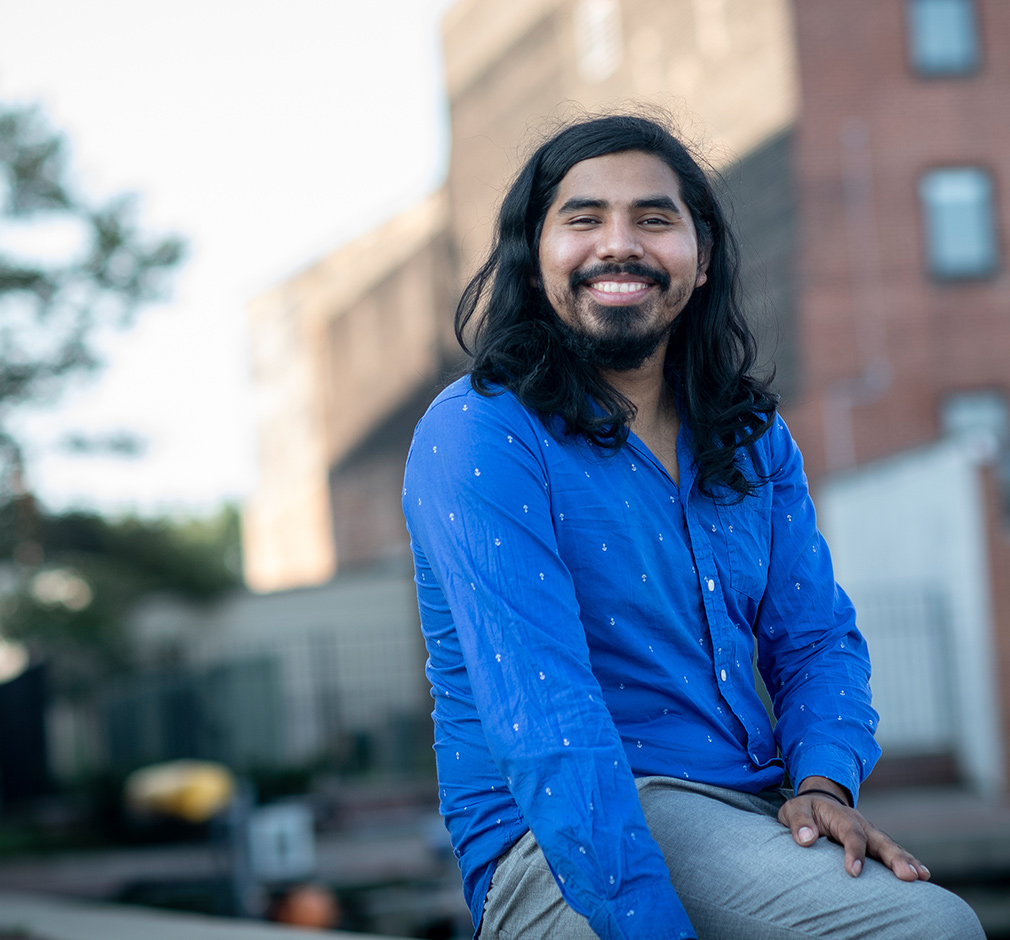 In 2012, 16-year-old Williams was just one of tens of thousands of children from Central America crossing the southern border into the U.S. alone. When he was apprehended in Texas upon arrival, Williams had already endured a terrifying journey and still faced an uncertain future. In leaving El Salvador, he had simply been running for his life. His hands and legs are scarred from beatings at the hands of his father, who forced him to work long hours from age 11 onwards. Exhausted, always hungry, Williams was failing high school. When his father demanded that he quit school and work more, he knew his only chance at life was to leave the country.

In Maryland, Williams reconnected with his older brother Adan, who immediately began working to help Williams stay in the U.S. One attorney charged $1,000 only to tell them that Williams should just return to El Salvador. Adan learned about Esperanza Center, and at the brothers’ first meeting with the attorneys there, they knew for the first time that there was a path forward for Williams.

The legal journey was long and complex. Adan had to assume legal guardianship of his brother before Williams could apply for residency. The Esperanza attorney working on the guardianship issue, Scott Rose, listened to Williams’ story and asked if he would testify on behalf of House Bill 315, to raise the age limit from 18 to 21 for immigrants eligible for Special Immigrant Juvenile Status. In his emotional testimony before the state legislature, Williams told how he was thriving at his high school and planned to go to college, saying “I love this country and the opportunities it gives me, and I love my brother.” The bill passed, and Williams’ 20-year-old sister Raquel was one of the first to benefit from it. She now has residency and is in the process of applying for citizenship.

In July 2021, Williams was sworn in as a U.S. citizen. Looking back on his decision to testify, Williams said simply, “I thought that if I could do something to help somebody else, even a little bit, that would be a good thing. They had been helping me so much, and I wanted to give something back.”

Today, he’s looking toward a bright future. His girlfriend helped him apply for a job at the US Postal Service. He plans to go to college to study filmmaking. Today he’s working nights sorting mail and writing during the day, thinking about producing a short film as a portfolio piece for his college application. “Getting legal status has been big,” he said. “The people at Esperanza, I never felt alone when I was working with them. They see everyone as a person, not a case. They really care. The path I took, and making it this far. It shows me that I can do things too. It inspires me to do something with my life.”