What connects the tragic killings of George Floyd and FreddieGray

On May 25, 2020, George Floyd was killed by a Minneapolis, Minnesota police officer who knelt on his neck for a continuous eight minutes and forty-six seconds while arresting him for the alleged use of a counterfeit twenty-dollar bill. There are no words to express the mixture of outrage and sorrow that this footage elicits. What I feel today, in the months that now separate us from George Floyd’s murder, I can only describe as an aching weariness of the soul. It is an exhaustion at the shameless evil of a system that, since its inception, has been built upon preserving the privilege of a select few through the exclusion, oppression, and murder of people of color.

Ta-Nehisi Coates, a Baltimore native outspoken in his call for racial justice, argues that this system of destruction is the truest expression of our national identity. It is the ongoing manifestation of America’s legacy of sacrificing black and brown lives to what he calls “the Dream,” the idealized pursuit of power, prosperity, and privilege. As communities across the country have marched in fellowship and vocalized their outrage at this system, I am brought back to the uprising that followed the death of Freddie Gray here in West Baltimore in 2015. Like George Floyd, Freddie Gray sustained fatal injuries during his arrest—for the possession of a knife— that were in extreme disproportion to the severity of his alleged offense.

Then, as now, there were endless cycles of news coverage and debate over the uprising that unfolded in response. Having grown up in West Baltimore, I was struck then by the way that these conversations seemed designed to keep the pain of my neighbors at arm’s length. By taking a magnifying glass to one man’s life, our national discourse seemed intent to direct our focus away from the system that had ended that man’s life prematurely—intent, in other words, on preserving “the Dream.”

The connective thread that wove the fabric

For all the parallels between the killing of George Floyd and the killing of Freddie Gray, there is only one connective thread of true significance: the persistence of a system that prioritizes white privilege over black lives. As we have seen time and again, the actions that surround this system—be they using a counterfeit bill, possessing a knife, lying on the ground face-down in handcuffs, jogging, birdwatching, or sleeping in your own bed in the middle of the night—have little bearing on how the system operates.

What most struck me walking through West Baltimore following the 2015 unrest was something not captured on the news cycles. It was the stark realization that the greatest violence committed against this community would always be the systemic violence of “the Dream.” I had walked these same streets with my father at age 7 following the 1968 race uprisings, and little had changed in this community of great promise in almost 50 years. The same vacant homes populated neighborhoods blocks that had been systematically disinvested in for generations; disparities in health, safety, and education outcomes for community residents relative to neighboring white communities had only intensified.

To be confronted with this stark reality was to be forcibly shaken awake from “the Dream.” I felt the rekindling of a sense of radical kinship that I had allow to atrophy over time. I knew then that standing against this system meant that I had to not just acknowledge these evils, but to identify them as my own. I had to actively remove the insulation of privilege that had shielded me from feeling and experiencing the consequences of “the Dream” in kinship with my sisters and brothers.

At Catholic Charities, it was imperative that our response to this systemic evil flow out of this same spirit of radical kinship. In partnership with community leaders and partners in the Sandtown-Winchester and Mosher neighborhoods, we underwent a careful process of discernment about who we were called to be. The result of this collaboration yielded four immediate actions.

To address food insecurity in the 21216 and 21217 ZIP codes, we partnered with the Maryland Food Bank to expand the capacity of pantry programs at three parishes (now five). To increase the accessibility of workforce opportunities in West Baltimore, we opened the St. Edward’s Workforce Development Center in Mosher to provide work readiness and automotive technician training programming to the community. Recognizing that engaging children and families early and taking a multigenerational approach is critical, we also expanded our Head Start program in Baltimore City from nine sites serving 265 children and families to 15 sites serving 700 children and families.

Finally, we recognized that these long-term approaches were meaningless unless we also committed to playing an immediate role in addressing trauma and gun violence in the community. To accomplish this, we brought a public health approach to gun violence to Sandtown-Winchester in the form of Safe Streets, an evidence-based violence interruption model. Today, our Safe Streets program averages 360 interventions a year that were likely to have resulted in gun violence.

More important than any of these individual actions has been our adoption of radical kinship as a way of proceeding. Our biggest commitment has been a lived recognition that sharing the struggle against racism with our neighbors of color means being with them in the struggle, not just acting against it from a place of safety. Many of our agency’s more recent efforts, including the establishment of a governing Diversity, Equity, and Inclusion Committee to create internal accountability, come from an understanding that kinship cannot be compartmentalized and must be lived out at all levels. This work is an ongoing commitment that continually calls us out of the comfort of our privilege. It is also the only pathway to lasting change.

While much attention has been rightfully been paid of late to the criminal justice system’s complicity in upholding systemic racism, we must always remember that the pernicious evil of “the Dream” is woven into the fabric of all our nation’s systems. We must become accountable to rooting out its influence in our education systems, our healthcare systems, our city planning, and all places where preserving privilege has taken precedence over human life.

For those who stand to benefit from their privilege, this means going to exactly those places where we are most comfortable with a willingness to give that comfort up. It means using an unearned power to fight the power of a systemic evil. Frederick Douglass, another former Baltimorean outspoken in his call for justice, put it best in framing the call to action against this system over 150 years ago: “If there is no struggle, there is no progress… Power concedes nothing without a demand. It never did and it never will.” 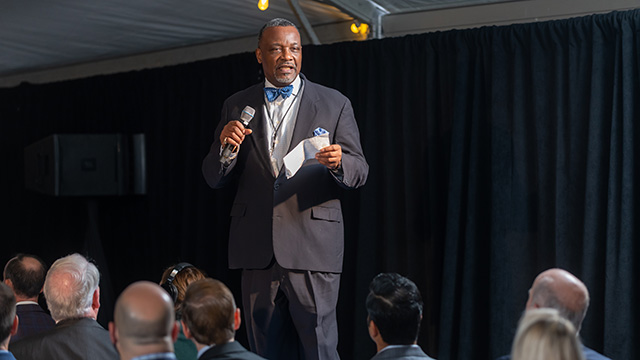 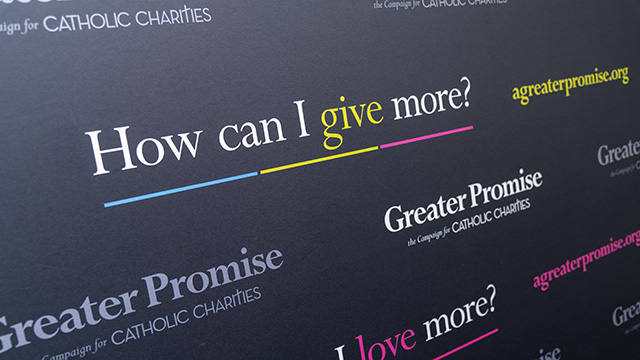 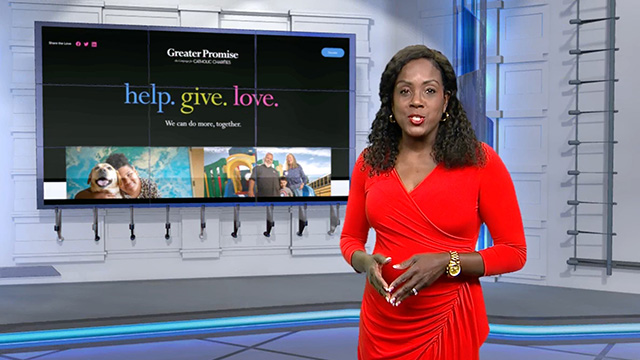